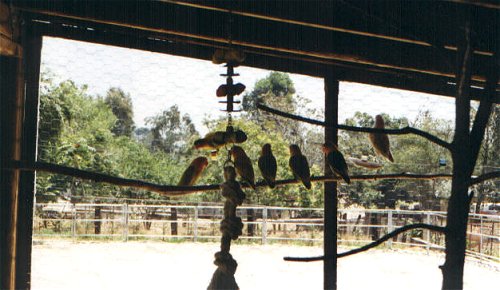 Set Up
Colony breeding is something that is best done in an aviary. Nestboxes should obviously be provided for each pair but you should also throw in 2-3 extra so the birds can have their pick. Unused boxes can always be removed once everyone has settled in. Several feed stations and water dishes should be placed in various locations to avoid fights. Never place one nestbox or perch higher than the others because everyone will want to use it. Nestboxes should all be at the same height. Perches can vary in height as long as there are more than one “highest perch.” 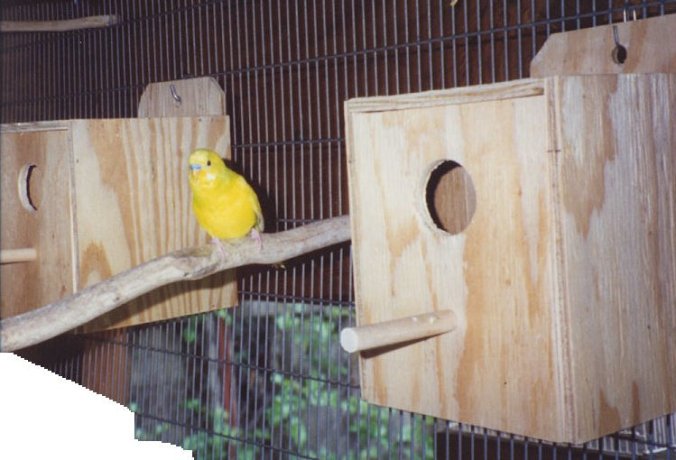 Feed
Keep in mind that you’ll be feeding a single diet. Birds that require special foods should not be kept in a colony. Likewise, if you have some picky birds or seed junkies you’ll have to feed seed. You can try offering pellets in hopes that your junkies will learn to eat them from your other birds. However, even pellet eaters will usually eat seed instead of pellets if they are provided. The good news is that everyone learns to eat soft foods very quickly.

Non-Breeding Colony
Follow the instructions for picking mixed flight species. Some birds are only aggressive during breeding and many different species of some size variation can be kept safely when there are no nestboxes provided. Retailers often keep birds for sale in such a set up. These work well because no one is interested in breeding and since birds are coming and going all the time no one has time to establish territory. 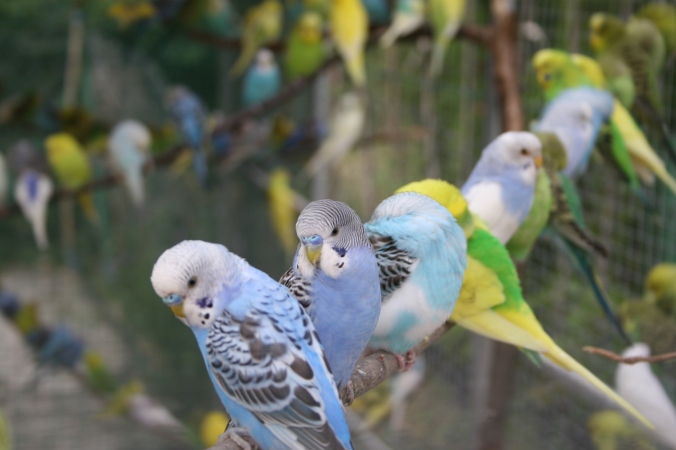 Same Species Colonies
Some species, like budgies, actually thrive in colony situations. Keep in mind that with this type of colony you’ll get a lot of cheating between pairs. If you want strict control of your bloodlines this set up is not for you.

Mixed Colonies
This is how I breed. Most of the Australian keets like budgies, cockatiels and Neophema can coexist fine with similar species. Very closely-related species shouldn’t be kept together to prevent hybridization. The trick to a mixed colony is keeping birds of similar size and temperament. You want calm, small birds that aren’t likely to pick fights with their neighbors. 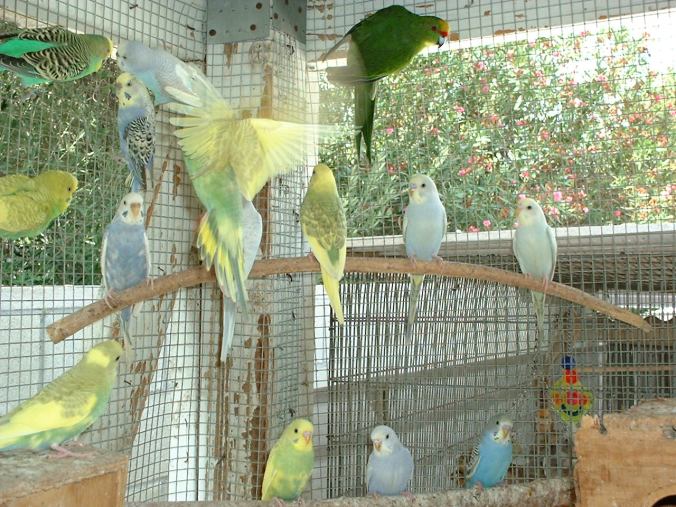 Semi-Colony Species
Some birds can be bred in same species colonies only if the cage is very large. These birds should always be watched very closely and pulled out at the first sign of real aggression. Birds that fall into this category are Brotogeris, some lovebirds (Fischers usually do okay in colonies), and some conures (Patagonian).

Aggressive Species
Most parrots can’t be bred in colonies. These birds may be fine in a non-breeding colony but will become very aggressive towards any other birds when nesting. They may nip off toes (make sure there they can’t get to the birds in the cage next door), maim or kill. Aussie keets that should be avoided are red-rumps and rosellas. Always look at how species breed in the wild to best determine how to breed them in captivity.