There seems to be a lot of misinformation online about bands. Pet owners are attempting to use band information to find out more about their birds, which is a good thing. However, the reality is a lot more complicated. First I’m going to discuss the basics of bands and then I’ll address some of the common misconceptions. 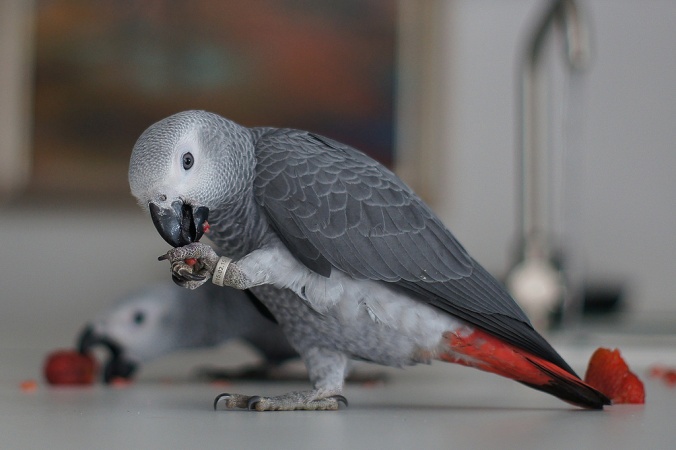 Bands are like little ID bracelets. They can be metal or plastic and are located just below your bird’s ankle. There are several types of bands. 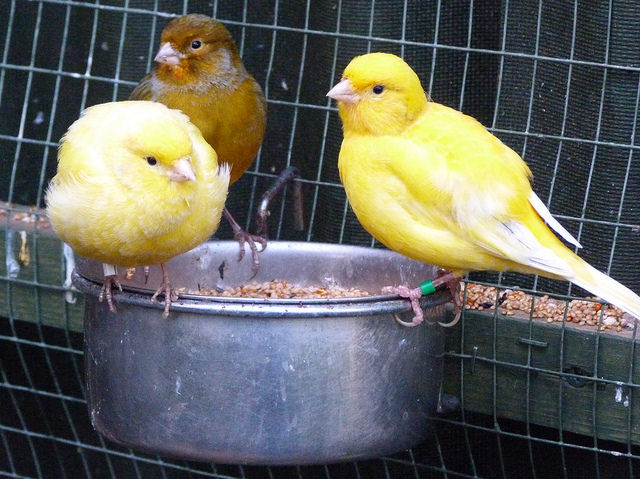 Plastic bands are most commonly used to identify softbills. They allow aviculturists to quickly distinguish between different birds at a glance- particularly important if you don’t want to catch your birds every time you need to tell who is who. Sometimes birds will be banded several times on multiple legs. Breeders may put one band on each leg and then clip off a specific band when they discover the sex of a bird. 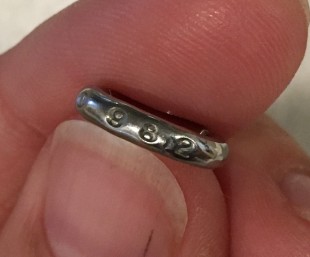 Until 1992, the United States imported large quantities of wild caught birds. These birds were held at quarantine stations before being offered for public sale. All birds that went through quarantine were banded with open bands. If your bird does have a quarantine band you can look up where it was imported. All quarantine bands were open bands, as they were applied to adult birds.

Open bands are metal and usually round (not flat). The only benefit of open bands is that they can be applied to adult birds. 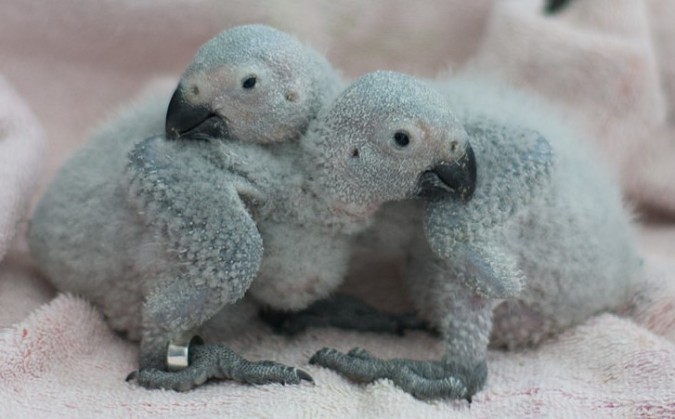 Domestic-bred birds wear closed bands. These bands are flat and can be made of metal or plastic. They can only be applied during a brief window of time when the chicks are young. If banded too early, the bands will fall off. Too late and you won’t be able to fit them on the feet.

What information do bands carry?

Bands can tell you many things. The information given varies, but often the state, year, ID number and breeder are given. For instance, my cockatiel Melonie’s band says “CA LS 92 52.” This means she was bred in California (the state is often written sideways), her breeder’s initials or business abbreviation is L.S., she was hatched in 1992 and her ID # is 52. Breeders can pick and choose what they want on the bands. Some will not contain a year since the breeder may not use up all of his or her bands in one year.

Why is banding important?

Bands provide positive ID of a bird. If a bird is purchased and then later returned, the seller can verify that the returned bird is in fact the same one sold. They can be used as identification in case of theft (unless removed- microchipping is better). Closed bands are also fairly good proof that a bird was captive breed.

Open bands can be dangerous because the small slit in them may catch on things, like the cage wire, especially if not closed enough. Most of the time bands are very safe. Hens usually do not attack babies with bands nor do birds mind them at all. Injuries can occur when a band catches on something, but most of the time this is the result of an unsafe cage. If your bird is banded be extra careful that no toys could catch your bird’s band.

Can I look up where my bird came from? Its age? Breeder?

Yes and no. Aside from specific clubs, which have their own bands and registries, there is no comprehensive banding system or database. Aviculturists who breed show animals like English budgies are far more likely to participate in such a system than someone who sells to the pet trade. Many breeders are going to want their own system in place, and may not use a club since their bands are often not very customizable. 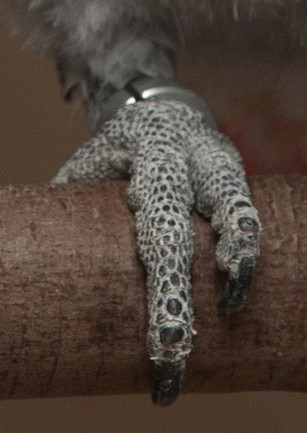 Don’t assume the year is accurate.

The first year I started banding my own birds I got the year printed on my bands. Big mistake. Bands came in lots of 25 and I didn’t come close to using half of my bands that year. So I could either throw them away the following year or keep using them with the incorrect year. This is why most breeders don’t even bother with a year.

Don’t assume the state is accurate. Or the breeder. Or anything, really.

I recently acquired a pair of African greys from someone who was moving to China. This breeder was trying to unload all their stuff in prep for their move, and since I’d bought their last available pair they came with a lot of extra stuff: net, handfeeding formula, perches, and unused bands. Even though this was a California breeder, the state stamped on the bands was PA.

This brings me to another point- breeders can totally swap bands. I think the first time I bred ringnecks I ended up borrowing bands from a friend because I only needed a couple. When my grandfather died I got all of his old bands. I didn’t use them, but I certainly could have.

My point is that nothing about bands is certain. Pet owners have a tendency to give bands the same sort of authority as dog licenses or microchipping, when it’s really more like your neighbor borrowing a label maker so they can organize their closet. All you can know for certain is that closed bands were applied to babies before leaving the nest.

Banding is a way for breeders to distinguish between individual birds, not for people to be able to track down a breeder, know the age of their bird, etc. Some breeders make their banding system public, but most don’t because it’s an internal ID system. Many breeders don’t really care if their bands are “accurate” because again- it’s just to be able to tell the difference between similar birds. A few will have nice records and a formal system but many will not. It really depends on the breeder. So while you can use the information on a band to make a guess, there is no guarantee your guess is going to be accurate.

Here are some links if you do want to look up more information on bands: